Frost on my windshield

There is frost on my windshield of our 1984 Mercedes. It was quite a popular car at the time.

It’s mustard and there is a divider in between the seats my brother and I used to ride and call “horsey!”

It is 1997 and I am four; adorable with bangs. My Christmas present that year was oranges so it surprised me that Australian children took all their presents for granted.

The Yugoslavian war had ended and my grandmother and mother fight about how to preserve paprika for the winter. We have a black Labrador called Leo which described his zodiac sign well as he was petulant and got into fights when he was older.

We moved around a lot in the war and I never really knew stability. My emotional release therapist tells me I have skinny legs in my lower half because I’m always moving due to my childhood.

Home. I was jealous of other children who had one home. A picket fence and agreeable parents. I wondered what it would be like to be them.

My mum always regrets not being able to buy me a Baby born that I so desperately wanted. “Baby born!! I want a baby born!!” I cried because having a baby that could cry and shit was what my nuturing maternal side wanted. And now that 28, that need somehow appeared again.

We rented every two years so moving was familiar to me – in and out of 90’s apartments in Brisbane. We would take the bus every weekend to go to the river before everything closed at 5 which was a surprise to my mother who was used to everything constantly being open in Europe.

Could we build a new home in a foreign land? I learnt English quickly but was bullied for being different. I wore glasses and would cry every day that I missed my family. I used to be cool and loved and now I was no one again. The only other Serbian girl, Jelena was mean to me and my closest friends were Jessica Pigeon and Africa. She was white and her mum was a hippy with beautiful long hair that I admired.

In my teenage years, we had one home for more than 5 years which is the longest we’ve had. Ironically that was the most turbulent time in my family. Stability didn’t seem to serve us. My dad was restless and kept starting fights. He never felt grounded when he wasn’t in his own country.

At 22, when he moved back to Serbia my sense of home fell apart. I moved out into a sharehouse and I felt lost and frazzled. Home was supposed to be a sanctuary, a grounding safe haven but I spent my whole life searching for it and wondering if I’ll ever find it.

In 2017, I decided to move to Melbourne to leave my family and try to figure it out. My brother had moved to America and my dad had left so it felt like we were just an International family splattered about. When my ex asked if my parents were together I said “they live in different places” and he said “so they’re separated”. That never really felt like the way their marriage worked because they would be separated by time and distance for years until they saw each other again. Except this time they didn’t.

My mum begged me not to leave her and I coldly said “you need to let me live my life.” Family was home to her. But I don’t know if family was home to me. I wanted to explore and I spent the next five years moving another five times and being a gypsy musician. I had slept in old churches, Airbnb’s, hostels, and family homes. I lived with jazz musicians, with a friend until I lived on my own.

There was a sense of freedom and fear with living on your own but when I lived alone that’s when I felt the most at home. Every night I would write in my diary and make a cup of tea. I’ve always been an old soul with ancient wisdom and grandma slippers. When I’m alone, I could sing, dance, move and express without anyone’s judgement. I didn’t have to wash the dishes when I was told. I wonder how I’ll be able to live with anyone else when I’m fiercely independent and don’t like sharing my teapot.

My dad always said I was like my Scorpio grandmother who kept to herself, was hardworking, possessive and overly giving. When she died, I collected all her photos in her apartment. I miss her smell. She would make us fried chips called Pomfrit and whatever we wanted as children. She never said no to our childish requests and that’s why I loved her. Her sister said she saw white when she died and I wrote a choir piece called “Place far from our Home” about how my grandparents would reuinite in heaven.

It is the year 2053 and I am 60. I sit inside our family home, the one my grandparents built in the 70’s. It’s the only place I called home because we would use it as our survival base whenever we needed it. My dad kept a pistol hidden away in case we were attacked. They gave me this house.

I said “why me?” and my great aunt said “you loved your grandmother – you wouldn’t have come to the funeral otherwise. You deserve the house” because sometimes our good deeds pay off in this lifetime.

I cried when my dad cut down the cherry tree but there is another one in front of the house. I used to collect mulberries near the barbed wire. I’ve renovated the inside because it was rotting on the inside and my children and their kids come to play here in the summer. I spent my whole life looking for a home until I realised maybe home wasn’t a place or a house or a family. Maybe home was a feeling inside of ourselves and whatever we decide to make of it. 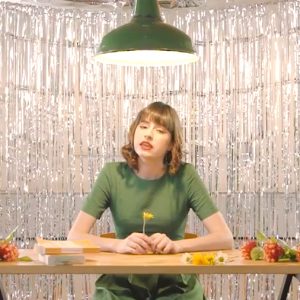